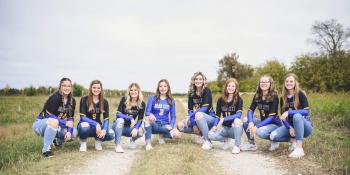 Tori Dotson knocked down nine kills and Rion Baccus put down one kill.

Dani Baccus dished out a dozen assists and Kylee Graves had 11 assists to go along with her team-high four aces.

Dodd City advances to face Hubbard, the top seed out of District 14-A, in the regional quarterfinals.