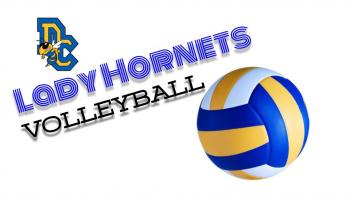 Dodd City Lady Hornets move to 6-0 on the season

Sulphur Bluff, Texas -- Journie Hilliard and Ali Preas combined to slam down 26 kills to lead the Dodd City Lady Hornets to a four-set victory over the Sulphur Bluff Lady Bears.

Dodd City started strong as the Lady Hornets controlled the tempo in a 25-14 win in the first set and followed up with a 25-17 victory in the second set.

Sulphur Bluff came back to take the third set, 25-21, and the Lady Bears had a chance to force a tiebreaker before Dodd City closed the door on any comeback plans with a tough 25-23 win in the fourth set to seal the match.

With the victory, the Lady Hornets move to 6-0 on the season.

Jounnie Hilliard led the way with 14 kills and Ali Preas was close behind with 12 kills. Tori Dotson had four kills to go along with her four aces.

Addy Chaney contributed a pair of aces and Rion Baccus came up with a dig.