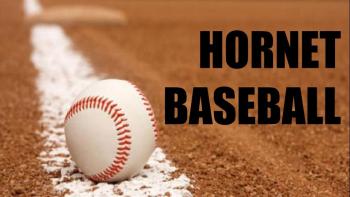 Dodd City, Texas -- Dillon Jones, Kason Carson and Brayden Vaught combined to throw a four hitter and the Dodd City Hornets backed them up with an impressive offensive performance as Dodd City run-ruled Trenton 19-8 in five innings to open the baseball season.

The Hornets stung Trenton for four runs in the top of the first frame and added a run in the second stanza to go up 5-0.

Trenton plated three runners in the top of the third, but Dodd City erupted for 10 runs in the bottom half of the frame to take a 14-3 lead into the fourth inning.

Trenton added three runs in the top of the fifth and the game ended with Dodd City putting a 19-8 win in the books.

Brayden Vaught had two hits, scored three times and drove in a run.

Caleb Brian drove in three runs with a pair of hits.

Kason Carson, Luke Wilson and Connor Alley all had one hit apiece for Dodd City.

Brayden Vaught came on in late relief to strike out a batter.

The Dodd City Hornets will be back in action at 10:30 a.m. Thursday in the Van Alstyne Baseball Tournament.