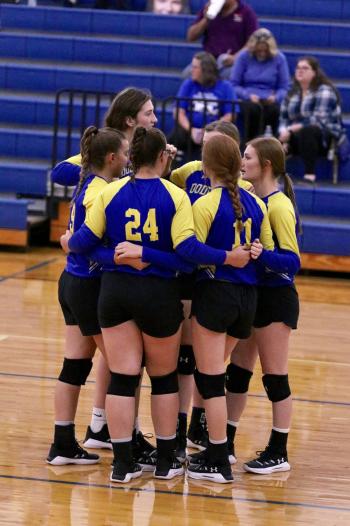 Wolfe City -- The Dodd City Lady Hornets moved to 3-0 in District 12-2A by defeating the Wolfe City Lady Wolves in straight sets.

Dodd City turned back Wolfe City 25-19 in the first set and then the Lady Hornets dominated the second set, 25-9. Dodd City picked up a sweep on the road with a 25-18 victory in the third set.

The Lady Hornets controlled the action in the middle with Journie Hilliard finishing with 20 kills and six blocks and Ali Preas had six kills and three blocks.

Delaney Pilliod passed out 24 assists to her Lady Hornet hitters.

The Lady Hornets will host Tom Bean on Friday.