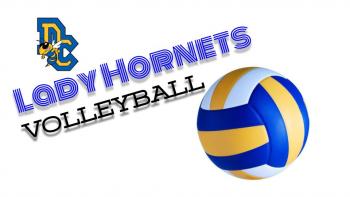 Dodd City won the opener, 25-15, and the Lady Hornets were even more dominant in a 25-9 victory in the second set. Muenster Sacred Heart managed to post a 25-18 win in the third set before Dodd City clinched the match with a 25-17 victory in the fourth set.

Tori Dotson and Kylee Graves both had two kills.

Dodd City will travel to Trenton for the district opener Friday, September 27.